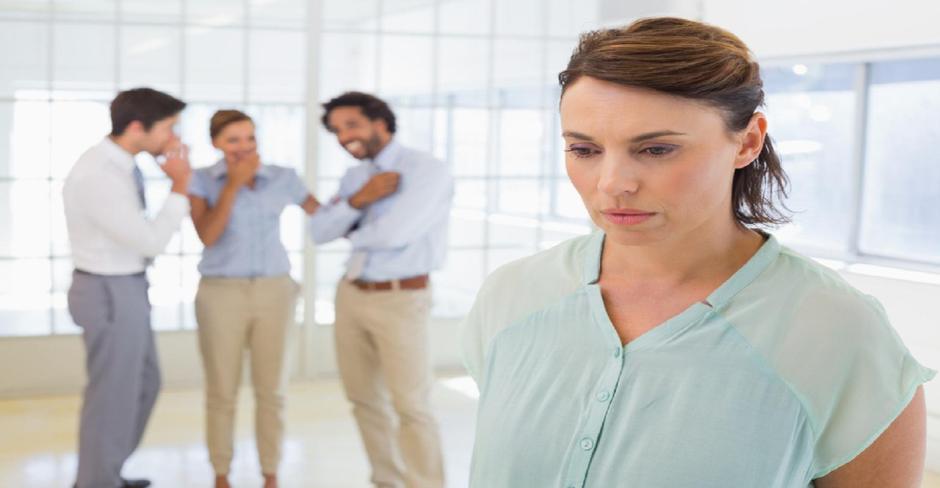 As an IT Professional either you work as a team lead or work under a team leader. As far as my knowledge is concerned you lead a team. Probably you are a wonderful leader. Every time you work among people or with people. And when there are people, there are gossips and rumours. Some are lies, some are true yet hurtful. Have you ever heard your teammates talking against you? How do you react to the gossips and rumours that go on against you? Do they help you develop yourself or demoralize you? Do those pinching words and statements make your life miserable or they benefit you to rectify yourself for a better you?

This is the problem statement given to me by my leader in Candles Online and I think he knows me really well to ask me this question. I can write a book on this topic but I think I would end up sounding as a victim if I do so. This topic really touches a sensitive nerve and I can only share limited information because this is a public platform and people reading this article know me and probably work or have worked with me. If I wrote this as an anonymous, I would have revealed a lot of secrets than I do now.

I was 20 days away from my 22nd birthday when I joined the corporate life. It was right after my B.Tech that I joined an MNC (US based) and was new to Bangalore. I was a super-excited kid then, high on ambitions and a little bit careless and immature. Little did I know then that I was embarking a journey that will define me and my personality!

I joined a team which was male-dominated – in a team of 30 people we were only 4 women. And 2 of us were from the same college joining together. Other two were quite high in experience. Rest of the team was full of men in their mid to late 20s or even mid-30s. Well, initially it was all good. I loved being a part of this team. It was just perfect. Everybody was super helpful and they made me a part of this family in no time. I thought I made some great friends but I was not aware of the fact that friends made at the workplace are usually just meant for work.

Within 6 months of joining I was given a raise because I did some good work. But along with that I also got a shock of my life. It was apparent that people recognized my talent but sometimes I felt that I was being given too much importance because of that. Then one day I heard a lot of people laughing and gossiping in the next cubicle. Curious as I was, I peeped in to know what the joke was. By then the guys were quite comfortable in my company – so they said: “we are not able to decide whether to hire the green girl or the red one”. I was confused. “What do you mean?” I asked them. None of them said anything and walked away. I was curious so I poked a guy who had become a good friend by then. He said “Interviews are being conducted for further hiring. They were joking whether they should hire the girl in the green suit or red top.” I was shocked. “What? How does that even matter? How capable are those girls?” I asked. “How does it matter? Whoever is the prettiest will get picked?” He laughed. I almost missed a beat and not only that my shock was quite apparent on my face. He got it and said “Oh, don’t worry. Everybody is aware of your talent now.” “What do you mean ‘now’? Tell me what criteria was I hired on?” I almost shouted thinking hard what I wore on during my interviews. He hesitated and then said “Ok, if you really want to know. You didn’t do very well. You got most of it only partially right.” I was crying inside and trying very hard to not let it show. “Well, were there other ‘guys’ who did better than me?” He smirked, “Yes, from your college only.”

I remember this incident very well. Because that was the first ever shock I got in my corporate life. I thought everything was perfect and I had landed in a perfect place, a perfect team. What, I was hired to look pretty? My first reaction was to just resign but sanity took better off me and I decided to continue just to prove that I am rather talented and much more than most of them. So I became competitive, a bit too much maybe. That really went in my favour but all the while there was a sulking negativity inside me.

This same guy who had revealed this information to me, later on, went on to propose me for marriage. I refused since I was not in a state of mind to think about it. C’mon I was just 23. He got engaged quite soon in an arranged manner but for a long time, other teammates believed that I was heartbroken and sad because of his marriage. I continued to get a lot of attention in this area which I simply hated. Why did they want to interfere in my personal life? I can never understand. These rumours really irritated me to the extent that I completely cut off from this colleague with all personal aspects.

There is one more incident that stands out. I got a chance to visit the US in 2007 just a year after I joined. It was for a specific project and I was super excited. I had to travel with 3 other colleagues of mine. None of them was really good friends of mine. I was a very open and friendly person. I was a kid who used to speak her mind. I never really cared at that point of time “What would people think of me?” So the first weekend in the US, I asked these guys out for a swimming session. I was very excited because the hotel had a heated pool and the idea was too exhilarating for me as I love swimming. One of the guys agreed to join me. As a result, we met at the agreed time and I changed into my swimming costume and we had a good one hour of swimming which was very relaxing yet tiring.

Next day when I went to work, I got a ping from a colleague who was in India. And he asked me “How my swimming session was?” I was surprised. How did this news even travel thousands of miles? Was it a big deal? Well yes, it was. Apparently, every detail of that one hour was discussed which included the details of my swimming costume as well. Trust me, I really devastated after listening to all this. It was horrible. I felt so lonely in that country that I gave up the idea of studying abroad and working there. All I wanted was to come back home and be with my people. Well, it wasn’t possible then. I was there on a 3-month project, so I decided to confront these guys. I did but it just ended up in a fight and a bad argument.

Yes, I am an open-minded girl. I like to dress up. I like to party and all. But how does that ever mean that I am seeking attention or I am ‘easy and available’. Well, that was what my image became after a few years of working in that team. I was linked with a lot of men even after I was married. I hate to remember that time. I have only recited a couple of incidents but those few years that I worked there – it was really bad. Sad as it is, I was not aware of any harassment at workplace policy neither did I take pains to figure those out.

Once I even heard a horrible comment passed for a girl who worked with us for a very short duration before she was fired. She was extremely pretty and was fired because she was extremely poor in her performance. The comment that was passed for her was – “Why did they have to fire her? All she had to do was to kiss each one of us every day. That would be enough for us.” I was flabbergasted when I heard this. I was so shocked that I couldn’t speak and retaliate. The only thought that ran again and again in my head was “Am I also talked about the same way?” Well, that comment was made in front of me without being scared of me. Why did I let that happen? I still don’t know. I probably lacked courage in letting such men know how they are supposed to behave. And because of that, I ended up being a victim.

I should have stood up for what I felt was wrong and insulting. Instead, I tried to be “cool girl” who doesn’t care. I should have spoken about it and took help from authorities to rectify so much that was wrong. Instead, I just stayed silent and tolerated. I took these guys to be my friends, believed them to be my own people when I constantly felt insulted by them. There was constant fear that kept growing, that fear was of being judged for every choice that I make. Choice of picking up what to wear each morning to the choice of laughing at somebody’s joke, choice of trying to be one of them and choice of talking to them and those multiple choices that I made during those years. One fine day when I decided to quit, everything ended just like that.

My current organization has a good male to female ratio, so that really helps. Although, it was a horrible time that I went through in my first organization – I have become a much better and matured person since then. Every incident helps us to grow. Every person who comes in your life comes to teach you something. I have been through counselling and therapy sessions to get over the impact of all those years. It took time to rebuild my confidence and become who I am today. So, today I do not hold any grudges to any of the people I came across earlier.

I hope I answered your question well, Charlie!