The chirping of numerous birds at a time, always spells melody to my ears. It generates a feeling of reverence and awe in my heart for the Creator who has created them all. Though I long to observe their movements, it is almost never possible as they hardly stay put at one place for long.

To my delight, I had the luxury of observing many different birds in their natural habitat, a few months ago. As I entered Bharatpur Bird Sanctuary (also known as Keoladeo National park – located in Rajasthan, India), the cool morning air resonated with the mixed chirping and screeching of various birds. It was a feast for the ears to begin with and later for the eyes as well!

The Painted Stork was the chief attraction for me. The Painted Stork (Mycteria leucocephala) is a large wading bird in the stork family. It is found in the wetlands of the plains of tropical Asia south of the Himalayas in South Asia and extending into Southeast Asia, mainly in India, Pakistan, Nepal, Sri Lanka, Bangladesh, China, Myanmar, Thailand, Lao People’s Democratic Republic, Vietnam and Cambodia.

The Painted Storks are called so because of their distinctive pink tertial (flight) feathers of the wing. They have big yellow beaks with down-curved tips. They forage in flocks in shallow waters along rivers or lakes and are found mostly on freshwater wetlands. 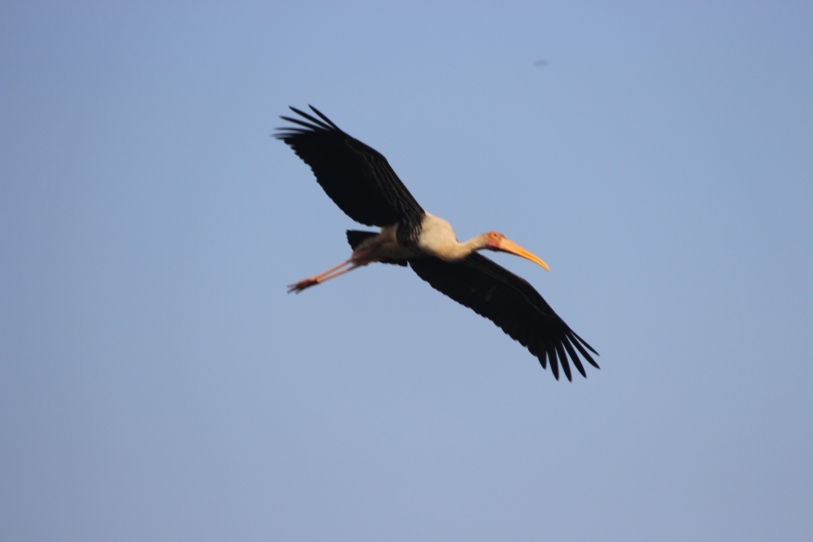 One noteworthy lesson to glean from these lovely birds is their attempt to communicate, notwithstanding their natural impediment of losing their voice early in life. This made me think that we human beings having the powerful gift of speech, so often stop communicating with people around us – out of choice or reason. And, this creates gaps in relationships.

Obstacles in the course of our lives are myriad. However, to learn to move ahead in spite of these obstacles is what makes life progressive. The Painted Storks teach us a lesson in that!

(As of today, the Painted Storks find themselves in the Near Threatened Category of the IUCN.)

Mountaineering is definitely not a child’s play!

The great men and women of the world, many of whose names do not always make it to the newspaper headlines brave the icy winds to scale the steep slopes. As a mountaineer climbs higher and higher the weather conditions become worse. Along with the extreme cold, often there are storms and rain which deter their path. There is a constant threat of their supply of oxygen running out mid-way. Many of them battle frost-bite.

More than these external challenges, the internal phantoms are the ones they need to deal with. Death stares at them every moment. They never know whether they would be able to return alive to their loved ones or not. The terrible sight of the lifeless bodies of those other mountaineers who were not able to reach the peak or even if they did, didn’t return alive creates a sense of dread.

However, those brave hearts who battle and overcome these extreme challenges of the body and mind every moment of the climb, are the ones who scale the peak. There is no gain without pain. Who else can explain it better than a person who has conquered the peak!

Endure the pains of life. You’ll emerge a conqueror!