During my school days, I always hated Maths and was always trapped in the web of Alphas and the Betas. To release my stress, I tried listening to music while doing my sums and it worked. I used to get inspired to practice more. I was glued to the stereo, or the walkman.

Years later, the FM radio replaced the walkmans and cellphones emerged. It was  a boon for music lovers, who could enjoy songs anywhere and anytime.

Music has been a bonding element for me and my sons. I sing them lullabies and dance with them. Kids also learn better if there is singing and music in the learning process (being a pre-primary teacher, I know how much the children go gaga over the music).

I guess there’s hardly any individual who doesn’t like music. It is like a therapy, at least for me. When I miss my hubby, I listen to music. Sometimes I shed tears when I listen to touchy songs and feel better after that.

Music is not restricted to electronic gadgets, it is found everywhere. The nature has music in abundance. Think of the splendor of green mountains and birds chirping there. Recall a stream of water or a waterfall for instance, the thought itself feels so refreshing. It’s an instant mood lifter and inspiring too.

Whenever I feel that nothing is going right and my life is hell, I just put earphones in my ears and feel the music telling me to just move on.

The quote “music helps me when no one else does” stand true for me! 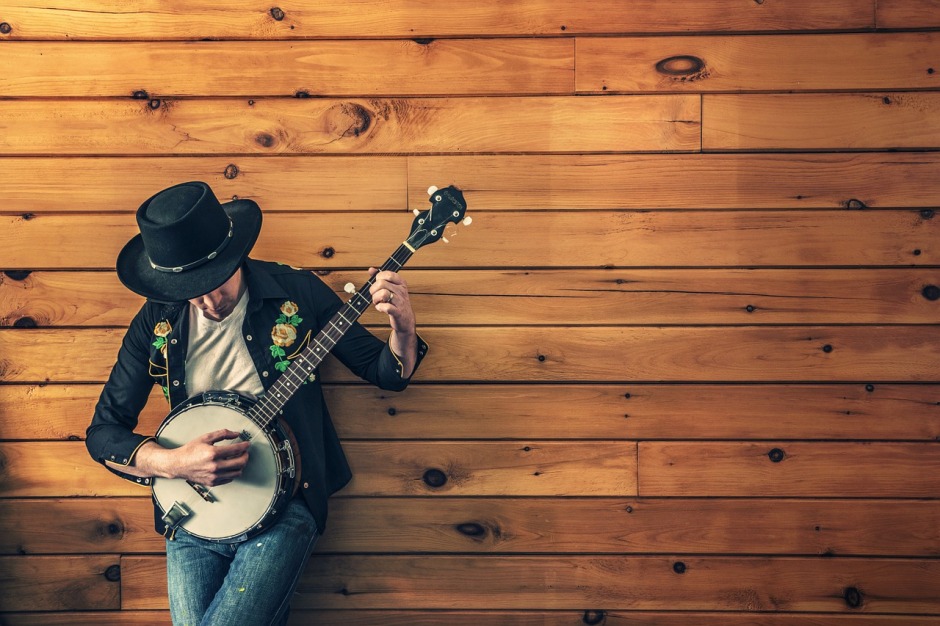 One of my oldest memories is that of putting a giant set of headphones on, as a child, and listening to music. Being born into a musically inclined family meant that from the cradle up, we were exposed to music, and thankfully music from all genres. If my Father was fond of Ghazals and Indian Classical, my Mother was into Lata, Asha, Kishore, while members of my joint family exposed me to everything right from Western classical giants like Chopin, Mozart, Beethoven to more contemporary masters like The Beatles, Led Zeppelin, The Carpenters and even Metallica. Growing up, I added my own variety to the kind of music I listened to, ranging from contemporary rock artists like Alterbridge and Britney Spears (yes, I’ve had bad taste in music too) to New Age Musicians like Yanni and Secret Garden. And even today, I can’t say if I have one single favorite band or song. I’ve hundreds of favorites, each apt for the right mood and the right time.

I’ve always maintained that there have been two things that have inspired me most in life – Books and Music. And both have worked in tandem to inspire me at different times in my life. So if the happy union at the end of Far From The Madding Crowd made such an impression on me, it’s because Mozart’s ‘The Marriage of Figaro’ was playing in the background; and if Sirius’ death in the Harry Potter series drove me into depression, it’s because the soundtrack to Requiem for a Dream was echoing in my earphones.

When I started writing on my blog, which isn’t very long ago, I found that if I played music from the same genre as the writing, it put me instantly in the right mood to write in the specific genre. For example, parts of Hans Zimmer’s soundtrack for Man of Steel and Naoki Sato’s soundtrack ‘Hiten’ from the Live Action Movie Rurouni Kenshin, are my go to’s if I’m in the mood to write a scene depicting thrill, horror, a chase, a battle/war or a revelation, mostly in fantasy based writings. But If I want to write a romantic scene, I’ll hit ‘play’ on songs from the band Secret Garden, or my current favorite for this genre – Good Goodbye by One Ok Rock, a Japanese Rock Band that I’ve been addicted to for sometime now. Some songs have been the seed for an idea to base my writing on. Like this poem I’ve published on my blog – Give Up The Ghost, which was inspired by a song of the same name sung by Rosi Golan.

I’m sure I’m not the only one who finds inspiration in music. How many of you get inspired to be patriotic when you hear ‘Mere Desh Ki Dharti’ or A.R. Rahman’s version of ‘Vande Mataram’? How many of you get pumped up at your gym sessions when you hear ‘Eye of the Tiger’ or ‘I Gotta Feeling’ by the Black Eyed Peas blaring through the speakers? And how many of you cozy up to your bae when you hear a song like ‘Hello’ by Lionel Richie? Is it just coincidence that THE ONE song we play at every Indian Baraat (wedding procession) is ‘Aaj Mere Yaar Ki Shaadi Hai’? No, it’s not just because it’s become a part of Indian-barati-music-tradition, it’s because that song sets you in the mood to have fun!

Music evokes emotion, just like any other art form does. And I believe great music always inspires. There is a reason why Pandit Jasraj’s vocal prowess awes us, and why John Lennon’s ‘Imagine’ has moved people to tears. It’s because great music is perfection. It is an outcome of precision, patience, pain and passion; a thing of beauty that appeals to our senses and evokes not just a sensory response, but an intellectual one too.

It’s no wonder that music is one of the oldest surviving art forms in human history. As long as there’s been man, there has been music. It may have started with something as primitive as stones being clinked together, but it has now evolved into a leviathan that has a variety of musical instruments and techniques and studies dedicated only to it. It may have come into existence to kill time or to tell stories of heroes, or for something as small as soothing a baby, but it’s amazing how it’s one of those art forms that has evolved in every culture in the world? Name one human emotion that does not have a befitting song. Name one human being who does not like music of some kind. Such is the power of music!