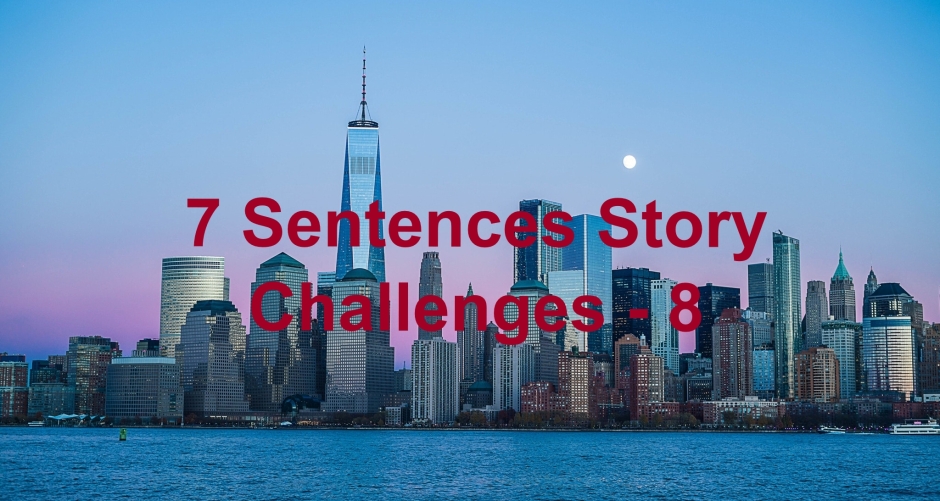 In my imaginative visit, I was in the shopping mall with my Dad and I got attracted towards the luxurious bone china made Nymphenburg Adonis dinnerware, as I proceed towards the crystal glass made dinnerware shelf, I thought to hold it and feel the touch but as a result, being a kid I was unable to balance the weight of the serving bowl and it fell from my hand.

The noise of breaking the bowl alarm the salesman, he yelled and took me to the manager. I was fined to pay the cost of the complete dinner set but I am just a kid, even it is impossible for me to have at least 50 bucks in my pocket, how can I pay Rs. 16,100/-.

At that point, my father had to jump into the picture to pay the wages of my mistake. He apologized to the manager, paid for my mistake and took me home. He was unhappy with my action yet he understood my weakness and absurdity.

As we drove back, he just smiled at me and said,

“SON, I EXPECT YOU WILL NOT REPEAT YOUR MISTAKE”.

Meera was a dusky, beautiful and introvert girl from a conservative family who was a fresher in Engg college when Manan saw her and fell for her head over heels, not wasting any time to woo her, win her heart, propose to her and persuade her to say yes with his charming looks and flamboyant ways in a way that she fell deeply in love with him.

The four years of college went by in a flurry as good times pass in a blink of an eye but they were the most beautiful four years of Meera’s life as her love and cared for Manan only kept growing manifolds with each passing day and she almost became a shadow to Manan, a point she marked by setting her ringtone to her favourite song “Tu jahaan jahaan chalega, Mera Saaya Saath Hoga…”, something she often hummed for him as she was an old school girl who loved old Hindi movie songs.

They both got placed in different jobs, in different cities and went their ways with promises to stay in touch and meet often but as luck would have it, on the first day of his new job, Manan met Kalandi, an outgoing, stunning fashionista who was a ball of energy and a complete contrast to Meera and Manan couldn’t help but get swept off his feet by her outspoken and candid personality and soon forgot about Meera.

He tried to keep things normal with Meera for first few months but she was quick to sense the change in his words and his tones and Manan knew he wouldn’t be able to hide his disinterest in Meera for long and one fateful day he broke the news of having met Kalandi to Meera who was crestfallen and devastated but keeping her dignity intact hung up the call in tears, never to call Manan again who was indeed quite relieved to have the burden off his chest.

Manan married Kalandi, had a blissful honeymoon in Greece and returned to start his new life with the women of his dreams but the thought of Meera and what he did to her never left him, it was eating him up from inside but he drowned the inner voice of his soul in living a buzzing and high life with Kalandi who knew nothing about Meera and Manan nor bothered to tell her about his affair with Meera neither ever tried to know what became of Meera.

A couple of months later Kalandi fell ill as was admitted to the hospital where she recovered within a week and was discharged soon, but she was no more the same girl whom he married, intact she was becoming more and more like Meera with each passing day and that made Manan restless to the limits that he tried to enquire about Meera finally But was only met with dead ends.

A week later Manan was sitting in a cab on his way to office, already troubled by Kalindi’s behaviour, when he picked a discarded newspaper from the next seat and started reading it when his eyes habitually fell on the obituary section, and him was shocked to see Meera’s obituary who committed suicide a fortnight ago, Manan was overcome by nausea and immediately called Kalandi but the phone fell from his hand on hearing her new caller tune that rang in his ears….

He puffed a cigarette and exhaled a circle of smoke hoping to see her on the other side with a pinched nose and her hand waving to break this smoky cloud.

He wanted to hear her say one last time, “Sweeto, I am telling you I will really dump you if you don’t quit smoking.”

But it was too late, she had quit him before he could quit smoking. She had quit this world and vanished into the smoke that rose from the dead.

Life may not give you a second chance. Be good and do good. 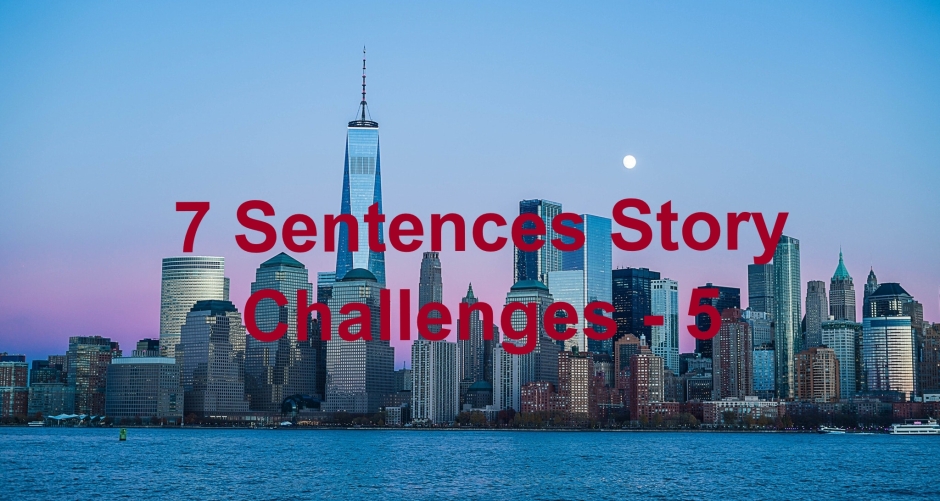 She had a monotonous life, which she always cursed standing at the bus stop from where she used to board a bus to hell – her office, her 4×4 cubicle which had a lot of commotion sans any emotion.

But that day had a surprise for her, her eyes met another pair of eyes, looking fondly at her from a distance, eyes smiled instantly and lips couldn’t remain unaffected.

And these smiles, glances, gentle gestures soon became a routine for her but she enjoyed this monotony and attention that never greeted her before and now she doesn’t want it to elude her.

Her looks and attire which she never cared for, now mattered to her and she put efforts to impress those eyes now, she was herself amused at this development.

And finally they inched a bit closer, from lovely glances to soft conversations the distance between them narrowed, all smiles, she could hear violins, too cinematic by her own confession but she couldn’t help herself  from getting drawn towards him.

And one day finally he said “you got the most beautiful smile, your eyes speak volumes, I have been waiting to say this to you and I have a question for you – would you mind joining our gym, you just need to lose few pounds, you will look great, we are having a discount period running, what say?”.

This left her stumped, she was in doubt now, “shall I marvel at his promotion genius or shall I fume at him that he indirectly called me fat or shall I nurse my shattered dream or SHALL I JOIN THE GYM?” 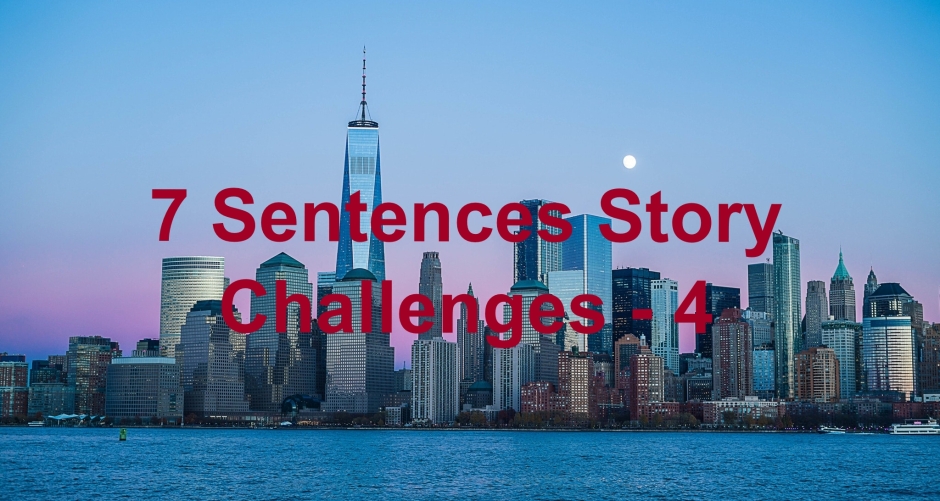 Meghna was wearing her clothes while listening to Vinod go on and on about the corruption in the country and false promises of the politicians while he was reading the newspaper. She wasn’t interested in participating in the conversation, Meghna and Vinod had just spent a beautiful night together after a lot of acute planning – she just wanted to enjoy the after-effects of it.

Vinod went on and on – “When will the world change, why can’t people just stop telling lies and be straight about who they are? Look what is happening in politics, Bollywood, cricket – there is lying and cheating everywhere.”

Just then Vinod’s phone rang and both of them just froze at their spot, just the look on his face told Meghna that it was Vinod’s wife (Prerna) calling.

Vinod’s tone changed now – “Hi Prerna darling! Of course I missed you, this important business trip made me travel otherwise I would have never left you and gone even for few hours. I had a great presentation last night, will be back home by evening, love you a lot.”

Anita sat in her balcony sipping a steaming cup of coffee from her bone china cup and watching wisps of dense grey clouds floating across the sky, carrying away with them any possibility of bursting forth on the parched land below.

It seemed as if the passing clouds reflected her life – all blessings floating past her but failing to shower on her. A failed marriage, no children, deteriorating health conditions, hostile job environment, depleting finances and depression creeping in slowly and stealthily – wasn’t her life dried up and cracked open like a drought-stricken land?

As Anita sat reminiscing the bygone years of her life, anger, bitterness and self-pity crept into her. She closed her eyes and leaned her head on the bright red and green floral-printed pillar.

“Cast your burdens on me, for I care for you….I will change your sorrow into joy” – sounded a deep voice, as if someone had spoken into her ears loud and clear.

She opened her eyes with a startle only to feel a strong assurance deep down her heart that she was not alone and abandoned; she was loved and treasured by God who is sovereign in all circumstances.

Mr. and Mrs. Kapoor were married since last twenty five years, but the specialty of their marriage was that, every year they fought bitterly on their anniversary, as a result of which they give each other some horribly good silent treatment.

It was their twenty fifth anniversary, and as usual due to some misunderstanding, Mr. and Mrs. Kapoor, were giving each other some horribly good silent treatment.

“I need space”, Mr. Kapoor texted his wife while settling down in the backseat of his car, signaling the driver to hurry up, “Wow! Join NASA”, Mrs. Kapoor replied as she settled down right next to her husband in the same backseat.

Mrs. Kapoor took out her Lakme Eyeconic Kajal and she looked at the mirror in front of her just as she was about to apply it, but to her surprise, Mr. Kapoor was already staring at her with “you-are-such-a-headache” look on his face, and Mrs. Kapoor reciprocated him with a “you-are-impossible” look, and carried on with her business.

As they were heading towards the outskirts of the city, Mr. Kapoor saw a herd of buffaloes happily grazing and immediately he texted Mrs. Kapoor, “see, your relatives…” and Mrs. Kapoor read the text, saw the buffaloes and replied, “Yeah, my in-laws.”

This conversation brought a smile on their faces, and seeing them smile, Karan smiled whose position is often demoted to that of a driver, once the silent mode is on between his parents, but that’s never an issue for him, because he knows his parents love each other a lot no matter how horribly they fight.