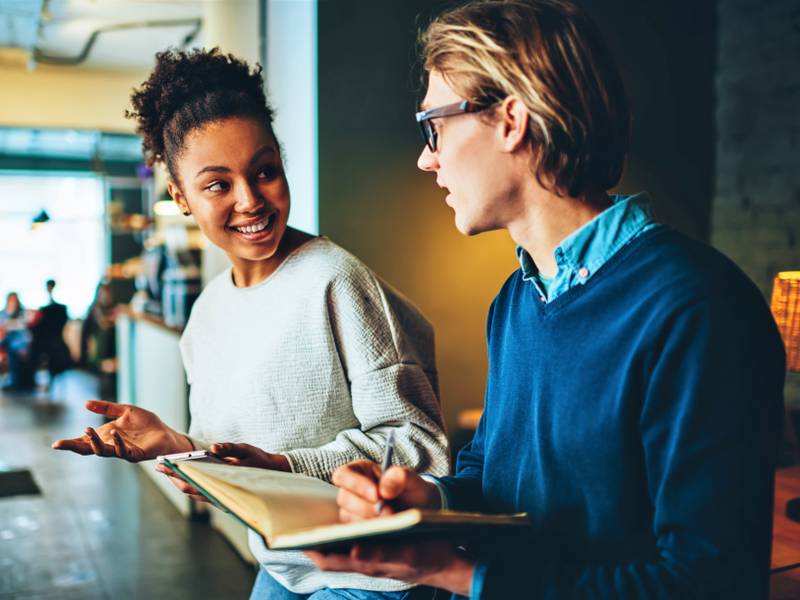 I could easily pass the above statement as my own… that’s probably what I’d be saying in my head, the moment someone starts pouring out their… well… life stories to me.

The thing is, for some very strange reason, people actually do think I have that ability to listen – no idea where they get that from, something they see in me or… I don’t know.

BUT-What happens when someone opens up to you and becomes vulnerable, how do you handle it?

If someone were to ask me that question right now… I’m not sure if there’s any correct way to answer that – but I’d probably sit for a while, and end up saying something really stupid in the first 10 minutes – and then BAM! its no longer a heart-to-heart, but a fun conversation, and sometimes, yes sometimes – my guess is, it works FAR BETTER than any soulful conversation/serious can ever achieve.

Could I BE any more Un-comfortable?

Let me be very frank, Vulnerability is state of mind I can never understand, and for someone who does feel vulnerable and comes up for some kind of guidance, to me personally – it has to be the toughest thing of my life. That said, of late – I try to use real-life humorous situations as a source of defense mechanism and more so a welcome distraction. I don’t do serious, RATHER I cannot.

However, I wasn’t as lucky to escape ‘the talkers’ – to be specific one of each sex – male and female, the best part of it was these “talks” were that it happened on journey’s, which made it so much relaxing. Nothing like have breeze blowing through the window, just incase my head overheats with excessive data.

It was only 2 days ago, I wanted to back off from my commitment to write my dedicated post on the subject-here on this platform Candles Online, thinking that I might not have anything significant to contribute – but then sometimes, all we need is a little motivation – after reading Aastha’s contribution/post yesterday, I remembered 2 very similar instances, that I was part of – voluntary or involuntary not sure.

There’s something about travelling and not having anything constructive to do, that makes people talk. I’d probably sleep (only to be kept awake by a talkative seat-partner)

It was only an hours journey from Panjim to Margao thankfully.

On 2 different instances, I had the good fortune of a feedback (which ofcourse I totally did not expect), firstly from a friend from college who carefully explained a rough situation he was going through at work, and apparently it was something that had I said that helped him overcome it. Office politics and employee-indiffernt-relationships is nothing new in the workplace, especially if you’re not one of the rub-everyone-the-nice-way kinda person

In his words: “Savio, thankyou was listening to me the other day, things at work are so much better. Thank you for everything”

This message came after a couple of months via whatsapp, by that time I had even forgotten all about it. I don’t remember what I said or what happened during that journey but yes, I had helped someone who had opened up to me. Crazy! but did I just go the extraa..aaamile to help someone?

Another instance was a girl (at that time we had just gotten to know each other through a chat site I think) after a few interactions, she got more comfortable (is my guess) in my company. It was on one day, we decided to take a drive around the village side (she being from the North side of Goa and myself the South) the most natural thing to do is gloat about how beautiful the place around you is-even if it is within the same state.

But girls are clever, I tell you – she needed to talk and for me, it was a chance to take a girl for a drive (who would want to miss a chance right?) What was planned to be just a drive with a pretty girl, ended up being a conversation that I’d not expected. The drive had ended, so did the day. A few weeks passed and we connected on facebook.

In her words: That drive the other day, thankyou for everything. You have no idea what you’ve done. Thankyou again.

Omg! What did I do? Okay, this was beginning to get scary, I was apparently talking to people and I wasn’t even aware of what I was doing. But she was right when she said “You have no idea what you’ve done”. I hadn’t a clue. I have always enjoyed a conversation, but the two above instances weren’t “just conversations” they were deeper and yet I came out unscathed. Phew! <yes, I’m still thinking about myself>

I personally, would never talk my blues away to anyone, I simply can’t do that-but for some, its so much easier, and for their ablity to find out that “someone” who can give them a listening ear – wow! What is that about?

Listening may be one part of it, but being there and saying the right things is another. Did I possess both of those qualities? I don’t really know, but I don’t think I would want to venture down that road.

However, one thing I’ve noticed is that, if there’s a connection, there need not be a reason, season or a fear to be there for someone else – it just happens. Connections are not formed by relationships (friendship, love etc) but an invisible chord that probably brings 2 individuals together in a particular time and place.

We may not know what people are going through, but somewhere, somehow – we end up being there for them, not as a special effort, but just being at the RIGHT PLACE at the RIGHT TIME.

The keys to living a wonderful life, is BEING Ourselves, acting normal around people and going about life as if it is the last day of it – it is only then we would truly learn to appreciate every minute, every hour of everyday. Hope I do not sound too philosophical, coz that’s not what I’m going for. Remember – I am the casual one.