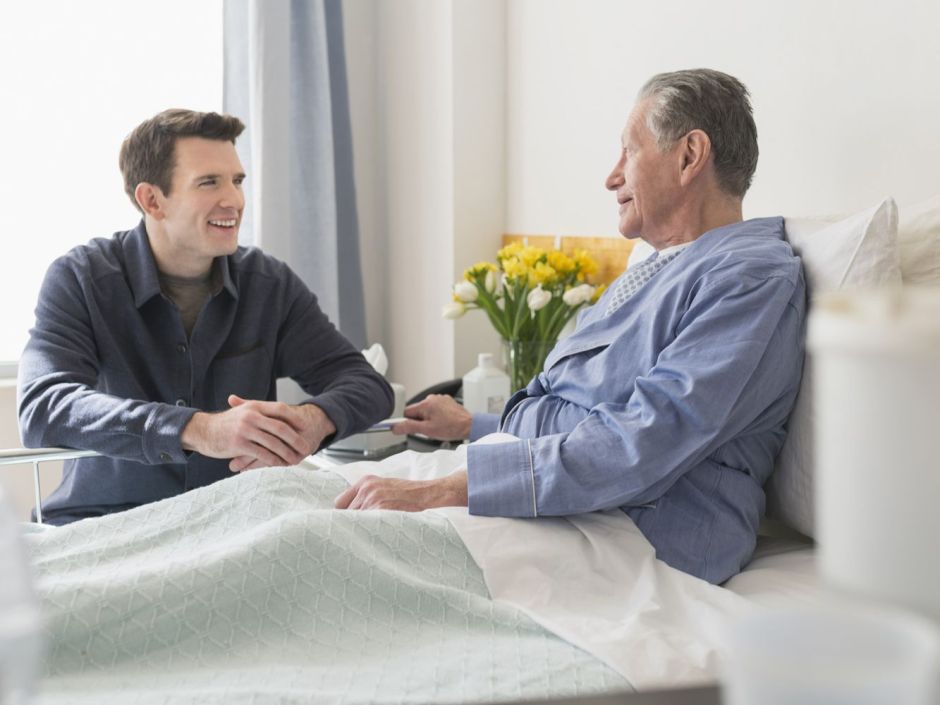 Murli and Rhea took the earliest flight to the nearest airport to the town where they rushed as quick as possible at this dire state of the old man on his death bed.

“How terrible it is, isn’t it, Murli?” Rhea leaned on Murli’s shoulder whispering to him.

“Yeah, it is. And it is only we who can stand in the gap for them, our beloveds.” Murli said gently kissing his wife’s forehead.

“When death is near, people tend to forget every resentment, bitterness, difference of opinions against others that they rear for so long. I wonder why they don’t do it when they are happy in life… It would have been so good and easy for them as well as all others around them.” Rhea was philosophical and emotional at the same time.

“Hmm… Right.” Murli agreed with his beautiful wife as they waited for the flight to land.

Had it not been same, the letter in Manohar’s name would not have reached in Murli’s doorstep and if the letter would not have reached them, they couldn’t have known that Manohar’s father was terribly sick and seeking to see his son and daughter in law’s face at least for the last time. It was a letter from Manohar’s sister, Prema, letting her brother know their father’s condition and wishes. But Prema had no knowledge about his brother’s whereabouts and where he is located at present. She had secretly kept contact with her brother, Manohar. Their father was angry with him because he married to an orphan, deserted girl who had no family background. Satya had lost hope in life, if Manohar would not have held her tight. And he left everything to be with her for the rest of their lives.

Murli and Rhea finally reached Manohar’s father’s house in a bus from the airport. They were extremely tired because of the 6 hours bus journey to this small town yet they had the joy that they could be of some help to their most loved friends and their family.

Prema was surprised to see these strangers instead of her brother and bhabi, “I am sorry, I could not recognize you both!!!”

“Prema, that’s your name, right?” Rhea asked as she hugged her tight making her confused all the more.

“Would you not allow your guests to at least come inside?” Murli smiled and asked her as he greeted the old lady standing inside, knowing that she could be their mother.

And they explained everything from the beginning till the time they had received Prema’s letter informing about her father.

Manohar and Prema’s father was happy to know about his son and daughter in law but he was sad to know that he could not get to see them right away though he was unaware of the fact that both Prema and Manohar were in touch.

Murli and Rhea did everything that was possible on their part to take care of the family despite of their resistance.

“If Manohar would have been here then he would have taken care of you all the same way… Isn’t it? Are you not acknowledging this M. Swamy? Are we not the same as your son and daughter in law?” Murli said as Manohar’s mother hugged Murli tight and wept, letting all the tears flow that she kept stored within herself for years together.

Murli and Rhea brought back that smile on all of their faces which they had lost for many years. They stayed with Manohar’s family for a week or so but all these times they avoided all the video calls they received from Mano and Satya and letting them know that they will soon be back I touch. That really made Manohar and Satya bit worried, thinking what could have happened but they had no clue about what all have been happening back there in India. Murli and Rhea knowingly didn’t want to trouble them unnecessarily when “Dad” is stable now though he was not fully cured. They also didn’t share the good news about Satya’s pregnancy because they wanted Manohar to break the news himself to his family.

The day, Murli and Rhea were ready to return, the father requested something which made all both of them emotional…

“Murli, you are like my second son now…” He stretched his hand towards Murli as he clasped his feeble hands quickly, sitting on the edge of the bed, looking at his watery eyes. “Yes, Dad. I am your second son. Tell me, what can I do for you?”

“Is he still angry with me? Can I not see him and my daughter in law once? Can you arrange it for me, for us… before you both leave?” He spoke again with a feeble voice, as his lips were sticking to each other.

Rhea nodded blinking her eyes as Murli looked at her…