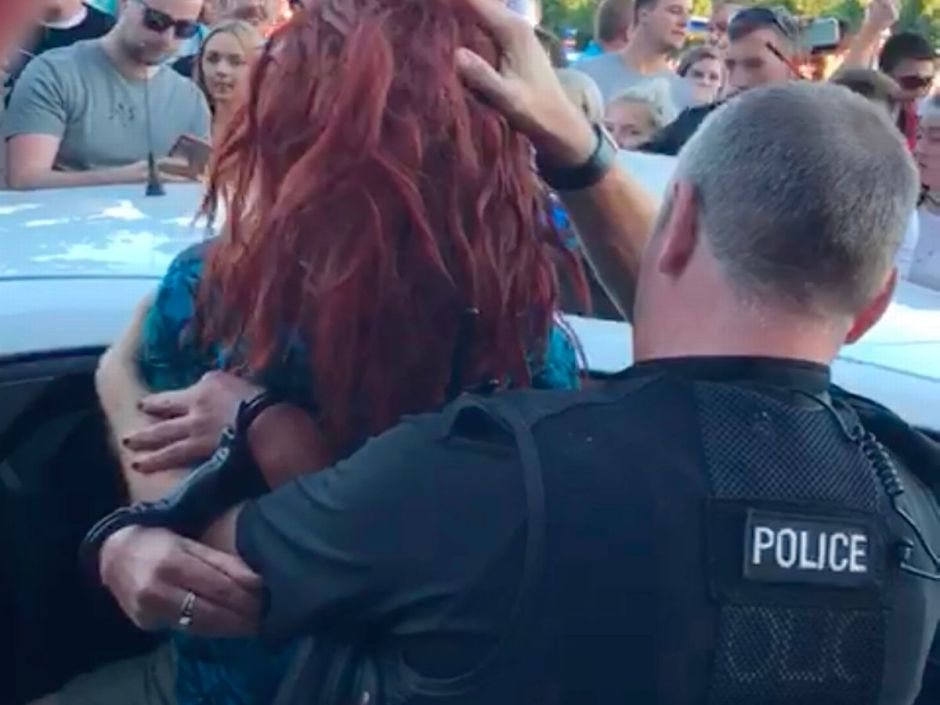 Rex stood there perplexed, looking down at the passed out woman who was turning into a nuisance with every passing minute. Maybe he had bitten on more than he can chew when he decided to rescue her from the beach. She seemed ungrateful and pretentious and not to mention insensitive. He leaned down and picked her up once again with an exasperated sigh and laid her on the sofa. He tried to rouse her by calling her, ‘Miss…’, several times but she won’t stir.

He lit a cigarette, wondering what to do with the unhinged damsel. She seemed wealthy, educated, sophisticated yet rogue, unruly and demented. He decided he didn’t want her to be in his home anymore; neither did he wanted her mess. He followed his instincts and called the cops.

The cops knew exactly who she was and told Rex to hold her there until they come to pick her up. The police were almost grateful someone tipped them off about the missing woman’s whereabouts as her powerful husband was making their lives a living hell since last night.

They had already been warned to find her by morning or face the consequences. They called Jay Kapoor at once and gave him the good news.

“Sir, we located your wife. She will be home within an hour.” The cop said on the call, relieved to have Jay Kapoor off his neck finally.

“Good, be as discreet as possible while handling this. I don’t want any mess at this time of my career at the hands of my wayward wife.” He said in a commanding voice and hung up.

Meanwhile, Rex smoked another cigarette, wondering who this woman was? The cops were more than happy to pick her up, and they told her to keep her safe until then, but they never mentioned who she was.

He put out his nicotine stick in an astray and emptied the full astray in the bin where he saw the remains of the broken mug lying at the base. He sighed and closed the bin. There goes his dead wife’s coffee mug, thanks to Miss Trouble.

“Hello again,” she said, and he turned to see the woman in the ruined little black dress sitting up on the sofa, pushing back her slovenly hair. He fixed her a piercing gaze.

Reeta could tell his earlier courtesy had vanished. He seemed stoic now. She swallowed and scratched her neck in embarrassment.

“Hello there, Miss….?” He let the question hang there in between them.

Reeta knew it was the time when she has to tell him the truth or let him think she’s a no-good miscreant. She chose the latter; the former option was absurd right now.

“Miss Gone!” She said, getting up from the sofa and extended her hand towards him. “Thank you for everything, I think I have been enough trouble, will leave you alone now to your birds.” She chipped in with a casual smile, a frail attempt to make an uneventful exit.

He didn’t take her hand and added, “How will you go? You have no money and no car; I think you need help with that. Let me get my car keys.” He played along.

Saying this he went out of the room and noiselessly locked it from outside, somehow his instincts told him she would make a run for it.

Reeta didn’t want a lift. As soon as the door closed, she tried to follow him out but found he had locked it shut. She panicked. Why would he lock her in? She attempted to open the door a few more times before she heard tyres screeching in front of the house, followed by voices.

She understood he had called the cops on her. No, she couldn’t go back. No more of that. She looked around the room and ran to the window overlooking the deck and opened it wide. She was about to jump out when a muscled arm held her wrist and handcuffed her. She turned to look at the cop and gave a shrill scream.

“How dare you!!!???”, She shouted, trying to get away, but the cop held her other hand even harder and cuffed it too.

“Let me goooo…” She cried as two men pulled her back into the room and outside.

Rex watched it in horror. She tried hard to break free crying, “Let me go; you will be sorry for this.” but the cops made her walk to the nearest cop car.

A light flashed and then another. Someone was clicking pictures. The cops looked around frantically for the source of the light while they dragged a resistant Reeta into the car and pushed her in, head first before locking the doors securely.

“Take her to him.”, The officer said to his junior, “I will look for the photographer.”

The junior officer got in the car and drove it away, but not before Rex could see Reeta crying bitterly in the back of the car like a trapped animal. Her state made him wonder if he had given a lamb to the wolf for sacrifice.

The senior officer came to Rex and shook hands with him, “Thank you so much, Sir, we have been on the lookout for ser since yesterday night. You have been a responsible citizen by helping the police; we are grateful for your help.” The cop said with a sincere smile and Rex merely nodded.

“Officer may I ask you a question?”, Rex said.

The officer avoided Rex’s gaze and nodded his head in a yes.

“Who was she? What has she done and where have you taken her?” Rex was blunt and point-blank.

The officer’s amicable smile faded and was replaced by a tight-lipped smirk.

“That’s three questions,” he said pointedly and added, “The less you know, the safer you are.” with these dark words the officer left in search of the man who was clicking pictures.

Rex found it to be disturbingly curious; he also felt a sense of wrongdoing. All night he tried to brush the guilt off and sleep but couldn’t. The woman was on his mind; he felt responsible somehow. Trying to get rid of those thoughts he got up early and picked up the newspaper from his doorstep.

All his questions were answered on the front page with huge headlines and coloured photographs.