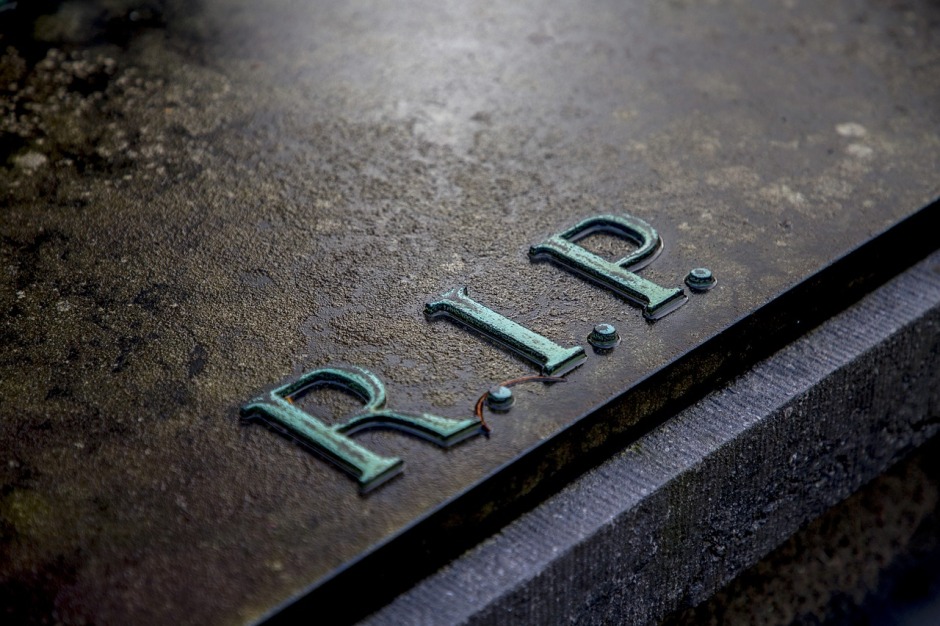 No, no, this isn’t a preachy sermon about how you should prepare for life after death. Well actually, this is about that except its not your afterlife I’m asking you to prepare for, but for those you leave behind.

Life has no surety. Death, however, is a certainty. We can get any number of insurances and jeewan bimas but nothing can ever prepare us for the final moment of death, not even when science has quantified the days, months, years of our lives. It’s hard to accept that all this skin, sinew, these memories, these people and their love that we have, all that we cherish, will be lost to us. But its harder for those we leave behind because they face the void created by us. And since we live in a material world, material matters do affect families hard. Enter family feuds, frozen bank accounts with no nominees, property wars, divisions of men over matter. Cheap it may sound, but these realities of life after the death of the dearly departed is what families are left to grapple with over and above their grief.

Why not make life a little easier for them? Why not leave them with a Will that clearly defines ownership and management of your assets?

I can see you shaking your head. You’re saying:

All these are valid statements, even the last one, but a Will does not take care of just your monetary assets, it pronounces your wishes on all your assets, yes, even your collection of books or shoes or your kitchen utensils that your bank/portfolio/asset manager will not concern themselves with.

I have my mother-in-law’s example to assert my point. My father-in-law died at the age of 55, at the height of his career, within three months of being diagnosed with a rare form of lung cancer. Needless to say, since it was sudden, his family couldn’t prepare for his departure, emotionally or otherwise. She was left with two years worth of struggles over bank accounts that had no nominees, some properties under his own name with no rights of joint ownership in the name of my mother-in-law, no mutation instructions about immovable assets, no power of attorney (POA) giving her authority to manage the assets, no knowledge of where or how his mutual funds were invested and a vacation notice from the government to vacate the government lodgings they had, all this while her two sons were still in school… and she herself was unemployed. Every time she approached a bank or a government authority she was asked to produce a valid will, a succession certificate, letter of administration or a POA, neither of which she had. So the general law concerning succession took over and we all know how long that takes! She suffered a lot because he would always tell her – there’s still plenty of time left to plan. I’m sure had he been alive he would have never wished such hardships on her.

A few figures for you to consider –

Not long ago, Daksha, an NGO that analyses the performance of the judiciary, published a report that said that out of all criminal and civil matters pending in courts in India, 66% were property related matters and 10% of them were family feuds over property*.

In my personal experience as a lawyer, land matters typically take anywhere between 5-50 years to resolve, sometimes even longer. A person’s next generation could be born and die within that kind of time-span. One family dispute I was involved in took as long as twenty years and that too only in the lower courts, and the parties were still willing to appeal to a higher court. The amount of time and resources such court cases waste is staggering! Besides, in India, if you die intestate i.e. without a will, the laws of succession (in case of Hindus, Parsis and Jains, it is the Hindu Succession Act, 1956. Muslims have personal succession laws and Christians are covered by the Indian Succession Act, 1925) take over and they take a mighty long time to settle property on the rightful heirs.

Executing a will is thus not a futile exercise, especially when your assets are huge. It is a document that centralizes your assets and your wishes regarding the management of those assets in one document while avoiding legal tangles, delays and family feuds. A little planning at your end could ensure that your assets reach those you wished to bequeath them to at the right time.

In India, under the Succession Act, 1925, a will is defined as a legal declaration of the intention of a person with respect to his property, which he desires to take effect after his death.

Anyone of sound mind, not under the influence of intoxicants or under distress, over the age of 21 is capable of executing a will. Even a disabled person. More importantly, in India, it isn’t necessary for the will to be executed on stamp paper or registered even. Sure you can do that, it’s good practice. But even if you write –

“I want all my property to go to my children in equal parts,”

over a piece of paper, signed in your own hand before two or more witnesses, this bit of paper will also be treated as a valid will. But don’t do that. Seriously!

You can change your will as many times as you like in your lifetime, but once you die, your last executed will becomes the final word on your wishes.

A few things to consider before making a will –

Legal Advice: Consult a lawyer if you’re unsure about the legalities of certain types of assets, especially if your assets are many. Drafting (writing) a will is also an important aspect of making a will, one that you may not be well-equipped to do. Hence, consult a lawyer. There are sites online that offer you templates to make wills online and help you with other legalities pertaining to wills.

Avoid Duplication: There can be only one will at any given time. Try to include all your known assets in that single document because eventually only your last Will shall be considered your final will. Having too many copies related to different assets will defeat the purpose of making a Will. You can keep updating your will from time to time but ensure that each time you do so, you clearly mention that the last will stands revoked.

Minority of Beneficiaries: If you wish to bequeath something to minors (below the age of 18), appoint guardians on their behalf for the bequest.

Right Executor: An executor is someone who declares your will to your family and ensures that bequests in the will are properly disposed of. Appoint a person who is considerably younger than you, is capable and trustworthy for the job. Execution (the process of declaration and distribution) of wills is not required to be done before a court of law, but you could request for a Magistrate or a public notary from the authorities**.

Above all declare that you are making the will in sound mind, without duress or coercion, and in full control of your mental capacities.

There are no guarantees that making a Will will necessarily mitigate all legal issues and family problems arising therefrom, but you would have done your part in ensuring that your obligations towards your family have been fulfilled. You wouldn’t want them suffering or fighting amongst each other, I’m sure. Which is why you must invest in some time towards making your will.

** Importance of will and some essential points to be considered while making a will, Jagao Investor, November 14, 2010.

“Inspirations Amidst Pandemic“
The week starts from –  9th May 2021