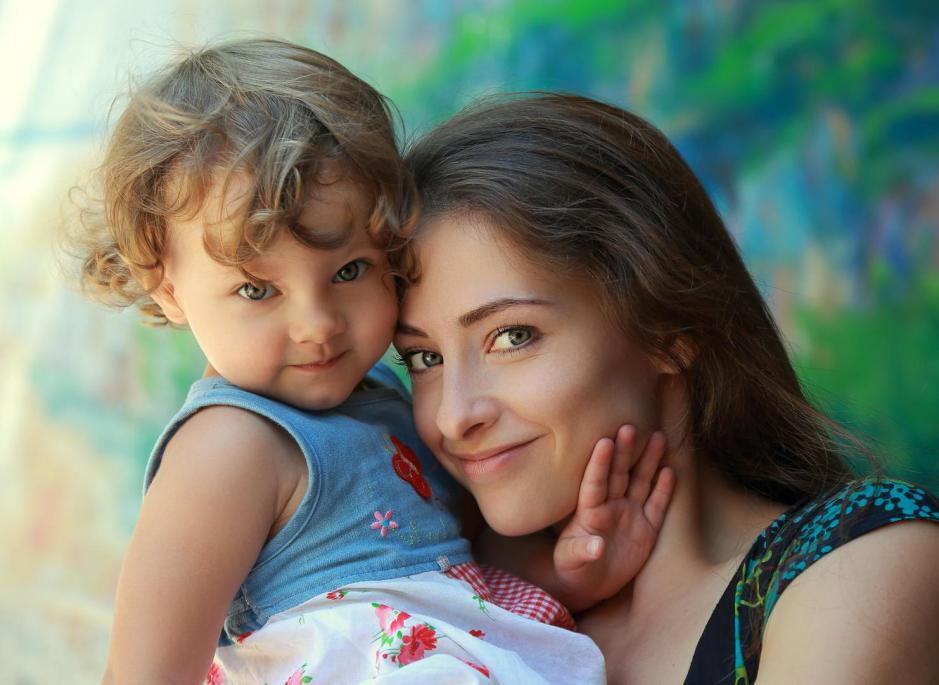 Mrs Shaw heard footfalls behind her and when she looked around she found a cute little girl walking inside the church with her tiny feet. But what scared her was that the little girl was all alone. She poked her husband and he was amazed to see the same sight. Mrs Shaw could see that the girl was in tears. Mrs Shaw stood in her place and walked back to the kid and kneeling down in front of her she asked, “Baby, where’s Mumma?” And to her surprise, the girl shook her head without uttering any words. Mrs Shaw went out in search of anyone outside but she didn’t find anyone except the little girl all alone. “Who brought you here baby?“, she asked her again with a hushed tone as the service in the church was still going on. The little girl thought for a moment. Her mother’s instructions were in her mind: “Don’t talk about Mumma and Dad to anyone…” And she kept her mouth shut as tears rolled from her eyes.  Mr. and Mrs Shaw were late for the service that day and that’s why they had no choice but to take the last row in the church. If they would have come earlier and would have sat in the front row, as usual, they might not have seen this kid. Mrs Shaw picked her up in her arms and asked, “What’s your name?” And she got the answer in the feeblest tone, “Sia.”

Mr. and Mrs Shaw were a childless couple for the last 15 years. They had been asking God for a child since they came to know about Mrs Shaw’s inability to bear a child. “Is God answering her prayers in the form of little Sia?” Mrs. Shaw’s heart melted as she kept thinking about it and while listening to the speaker talking about God’s love and His provisions for us quoting the scripture portion: “If you, then, though you are evil, know how to give good gifts to your children, how much more will your Father in heaven give good gifts to those who ask him!“

“Darling, is she God’s answer to our prayers?” Mrs Shaw asked Mr Shaw.

“Shhhh… People are looking at us, babe. Don’t come to any conclusion so quickly though God always answers our prayers as He values us.” Mr Shaw lovingly whispered with a gentle smile.

But both of them being the caregivers and staff of ‘Trinity Orphanage Home’ (TOH) knew that adopting a kid in India was not so easy unless they were sure that the kid was abandoned with proper proof. Mr Shaw knew how his wife longed to have a kid who can be called her son or daughter… who can call her, Mom… He looked at his wife… She was clutching the kid in her arms with her eyes shut, praying fervently.

The service came to an end but Mr. and Mrs Shaw decided to take the kid to ‘TOH’ first instead of letting people come and scare little Sia with their queries and pampering. Mr Hamilton, the boss of ‘TOH’ asked Mr. and Mrs Shaw to take Sia to their home that night but asked them to leave her in the orphanage among the children till all the legal formalities were over for adoption. Mrs Renuka Shaw was extremely exhilarated that night. She felt it was the best day of her life. She could not sleep that night but kept looking at the baby girl sleeping peacefully beside her. Mr Arijit Shaw was very happy seeing the delight in his wife’s face but was also fearing the shadow of sorrow hovering around his wife if Sia’s parents showed up to claim her back.

They dropped Sia the very next day in TOH though they got to see her daily being the senior staff of TOH.

Renuka finally saw a smile in Sia’s face when she started playing with Aarav. And she kept an eye on her like a mother hen watching her chicks.