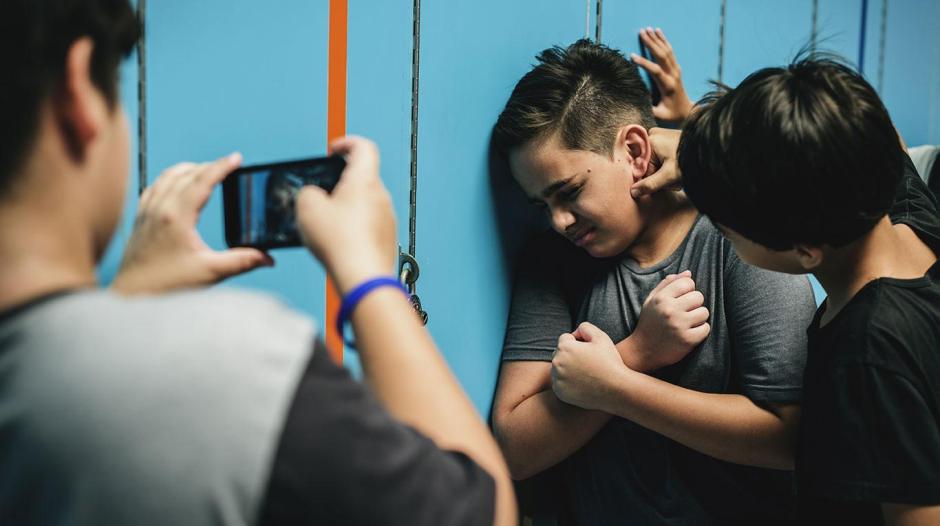 “Bullying is the use of force, threat, or coercion to abuse, intimidate or aggressively dominate others. The behaviour is often repeated and habitual”.

“Bullying”  term often passed off as “just kidding” is a fatal catalyst that could trigger something as catastrophic as “Suicide ” and I am not “kidding” about it.

For the past few days, I have been reading some horrific incidents about how kids mostly in their teens took their lives when cornered by bullies.  That really shook me. I was wondering can it be so strong to push someone to take such a harsh step?  I have too experienced bullying (though it was very short-lived, and at a  very, very young age) I was six at that time, got admission in a new school and my seniors (not in age or class but they were in that school since kindergarten 😁) started bullying me, well sort of! pulling my hair, teasing me, grouping against me and so on.  I told my father about it, he laughed it off (probably because of our age and the age we lived in, that was only innocence) and said make friends with them, everything will be fine.  Though they were never on my friend list things were better and the bullying stopped.

But unfortunately, that’s not the case with many.  And the severity of the issue has also increased by leaps and bounds.  There are a plethora of examples where bullying led victims to take the extreme step. But can bullying be directly proportionate to the suicides we witness?  Can it be so oversimplified?  NO! As I said earlier bullying is a catalyst, when coupled with issues like depression, mental health problems, hopelessness etc. the results are as fatal as Suicides.

So when talking about bullying the aforesaid issues must be touched upon, but who is going to do that?  Awareness is the tool that could hit the nail on the head.

Role Of Parents –   Kids learn from their parents (a lot). The simplest form of bullying – teasing someone based on their physical appearance (body shaming) or calling names, this is something kids many times learn from their parents.  And the sad thing is such things are often dusted off as “for fun”, “was kidding”, “wasn’t serious”, to begin with, and when unchecked that could possibly acquire a monstrous face.  I am just giving an example, just a tip of an iceberg.  Considering this, parents have to be really watchful about their behaviour and words in front of their kids.  Their outlook towards things and people affect and shape the psyche of their kids to a greater extent, if not fully. Rest is all about evolving.  One thing to be remembered: Making fun of others isn’t funny.

Notice, Talk and Listen: This is the Tipping Point that could make all the awareness campaigns work. Reading the silence or unusual symptoms like social withdrawal is the first and foremost step that needs to be taken by family members (read well-wishers, could be beyond family ties).  For instance, if a person who is normally a happy soul, a social person chooses solitude and prefers staying silent, that’s a clue big enough to initiate “Talk“. Many times victims are unable to decide whom to confide to and the pain starts building up and inability to crack their silence leads to the disaster. So reading signs at the right time is of utmost importance.  When the Talk is initiated, compassion and patience is a must.  The victim might not be able to give in at the first attempt, may try to conceal but persistence is the key here. Counselling from professionals is also helpful because they have their own tricks up their sleeve to let the victim release the flow of emotions bound for long.  And when they Talk, it’s important to Listen, to believe them and to respect their vulnerability. There is an ample number of cases when complaints are dismissed with statements like “it happens everywhere “, “don’t be a crybaby”, ” take it as fun” and so on.  Isn’t it enough proof that if a person is getting affected by something, which is “harmless” as per your perception then there is much to look out for or unearth?  Motto may be to instil some courage but rather their words are doing more harm than help.  Words have to be put together with utmost care so as to boost up the confidence of the person getting affected by this bullying business.  And again if someone thinks it’s beyond their capability take the help of a professional.

The “HELP” is meant for both the parties, this is my strong belief.  For the bullies, it is about the right kind of education (not just literacy). Any attempt or sign of being rude to a fellow human being shall be nipped in bud.  For the victims – it is about counselling and emphasizing on the fact “that people who laugh at you are either jealous of you or don’t have a better business. And that already makes you strong, go ahead with this strength “.