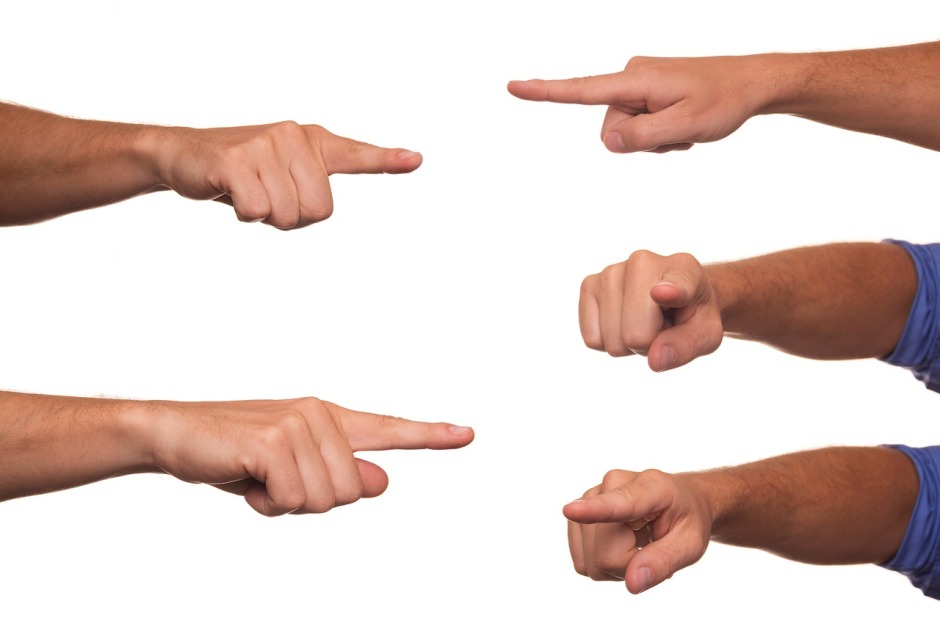 What is the national game of our nation?  It’s not hockey or cricket.  But “Passing The Buck“.  We enjoy it to the core as there’s no referee in this game other than our conscience which we seldom refer to.

Since the day when our country has attained the status of an independent nation we have gained the expertise in the aforesaid game.  The lightening speed with which we point out fingers starting from neighbors to authorities to government is unmistakable.

Be it the safety of women in the country, the corruption levels, the lack of cleanliness, hay-wire situation of law and order – name it and we have a standard reaction “This government is ineffective”, ” This government failed to deliver on its promises”, “Nothing changes in this country“. We are in continuous habit of whining but not even once we are ready to accept our failure as responsible citizens of a country.

Let me give you few instances:

Few months back (24th October, 2017 to be precise) a rape case came to light. Well, don’t be astonished, it came to light not because of any formal complaint or investigation but the fact is that it was committed in broad daylight on a pavement,  hustling and bustling with crowd. It did happen and the repelling truth is no one from the crowd were empathetic enough or had courage to stop the heinous crime. Rather it was filmed to be reported to the police. I wonder what signal is this incident sending to those who have an inclination towards crime? Carry a knife, do the crime, threaten  and get away with it, if at all charged things can be taken care of – isn’t it? And after every such crime a bandwagon of “Culture” caretakers jump in to pass judgements holding women responsible without realising that it is only preparing grounds for a volatile and an unsafe haven for our future generations.

We are responsible for the “Corrupt” image country have:  Do you know that India has been ranked 79th among 176 countries in the Corruption Perception Index 2018 released by the Transparency International organisation?  Now don’t be surprised by the statement that “We” are responsible for it. To save time from appearing before magistrate in case a traffic rule is broken or to get a driving license without clearing the test or to move a requisite file quickly up the ladder one thing that we retort to is “Pay Something and Get Anything“.  For us it’s a petty price we are paying to get things done swiftly.  But when scams worth billions come to surface we thump our chests saying all politicians are fraudsters and corrupted.  Don’t realise they are following the trend set by us “Pay us and bend the rules”. The only difference is in the figure on and in paper.

Comparison of Convenience: There’s a certain laid back attitude to which we are habituated to.  Whenever a comparison is drawn with other countries in terms of safety, corruption levels, pollution, law an order, GDP, infrastructure – every possible aspect which is counted while referring to the development index of a country we chose the mid way of “Convenience”.  We hate it when compared to the countries which are on top ranks of positives and have a default answers like:

Common sense says comparison is always with the better to bring forth the best.  Alas! That’s too hard to understand for us.  To put it simply I would like to quote few figures:

India is on 102nd place with 46.9 points (more the better) when it comes to the safe countries to live.  So would it be right to compare with countries which are placed up in the point index (Denmark being on the top with 94.7 points) or  advisable to take it easy comparing ourselves with the alarming zones.  Isn’t it a matter of deep introspection that countries like Mongolia, Honduras, Ghana (as per the numbers) are doing better than us?

And the above mentioned ranking is based on studies of global terrorism, just one aspect and something beyond control of citizens.  But my point is to highlight how our mechanism of comparison works.

This is not a biased rant against my country but a genuine concern.

We Fear Law:  We are peace-loving people to the extent of not getting involved in any altercation involving law and executive forces of law namely Police.  Be it helping an accident victim or standing as a witness to the crime or raising voice against an injustice, we develop cold feet simply because we don’t want our peace to be disturbed by the long judiciary procedures and abrasive nature of police (there’s a reason to their behaviour which we don’t want to understand).  We want someone to take the initiative and we are happy to follow.  And when everyone waits for someone, no-one comes forward.  That’s a hard truth we need to accept and digest.  Until and unless we stand unitedly for supporting the law and order we can’t expect it to be any better.

It’s high time that we start reacting to the issues concerning our nation and its image however petty they might seem to be.  We are ironically very sensitive and react well to the social media posts but mind our own respective matters when our interference could actually make a difference.  Be it objecting to open urination, be it opposing eve teasing/ molestation, be it pointing out violation of traffic rules, be it reminding the importance of clean surroundings and sanitation – we choose to turn a blind eye because they (many of them) seem  to be quite trivial to be questioned or even not punishable under IPC (Indian Penal Code).

Well, we all are aware of a saying “drop by drop fills an ocean” and needs no explanation.  But the irony is that we fail to imply such a simple logic in our actions especially that hold importance for the society and the nation.  Silence of every deemed “Responsible” citizen is strengthening the determination of offenders of law ultimately shaming the image of the country.

This post as I told you earlier is not a rant but a heartfelt concern about my nation.  And when I said “We” that clearly includes me as well.  I shall not shy away from accepting the fact that I might have exhibited flaws as a citizen.  Acceptance is the key to betterment.

Next time before criticising the system or government just pause and ask “Have I done enough?“.

Speak up and help bring a change  OR  Remain silent and surrender to the injustice.  Whatever it is learn to own rather than simply Passing The Buck.

(This article was Originally published in Kalpana’s own blog World4Womencom)

6 thoughts on “STOP PASSING THE BUCK”