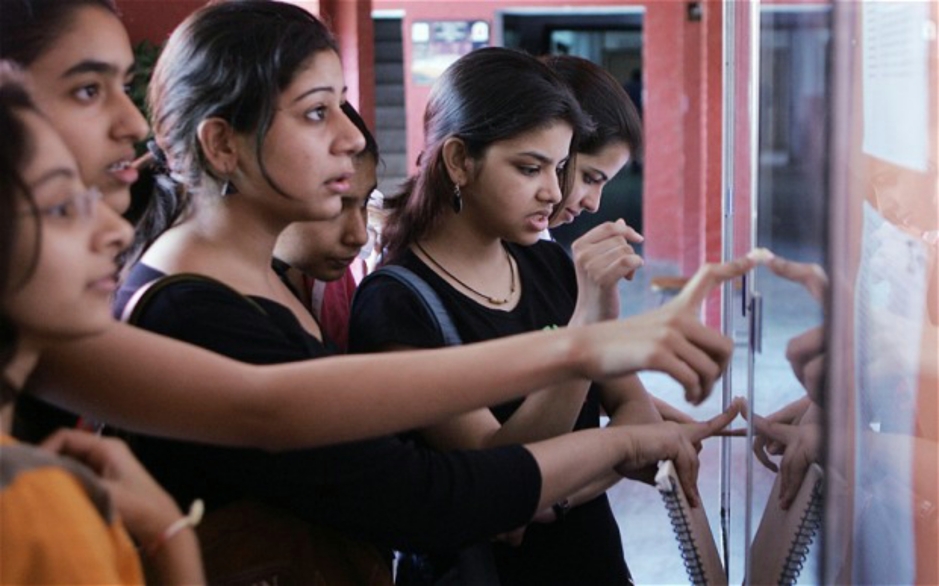 To not have something that you wish, is a loss.

To let go of something that you cherish, is a loss.

To have something, yet not have it entirely to yourself is a loss.

Myriad are such experiences that life brings across!

Life often spins mixed blessings. It was the day my Grade 12 results were to be declared. I was waiting with a lot of anticipation as I had worked very hard at my studies. My teachers were expecting me to make it to the State Merit List and I as well as my family were hopeful for that to happen too. In my heart of hearts, I was secretly hoping to see my name as the state topper in Humanities – though any position in the State Merit List would bring satisfaction! The result was declared by the State Education Minister and was telecasted LIVE. Along with the statistics, the name of the topper was declared. It was not me! While there was a sinking feeling, I knew that I would surely be in the List. It would still take some more time for the result to be available on the internet. So, my loving father sped to my college where generally the result list is made available. A few hours later, he entered the colony gate honking his bike as much as possible. As I rushed outside, he showed two fingers. My joy knew no bounds to realize that I was in the second position in the State Merit List.

My teachers called to congratulate me and asked for my detail marks. As I told my marks to one of my teachers, she was astonished at my internal marks in one particular subject. Six marks had been reduced from what the examiner had given me!! And I had missed the first position by just two marks. Everyone was very upset. The initial joy dampened. Heated discussions went on in my college. My parents were very sad. Talks of an enquiry, made the rounds – as it was a clear cut case of deliberate tampering.

That is when, I put my foot down saying that I thank God for whatever He has given me. God is in control of the entire universe and of every aspect of my life as well. Out of 1.6 lakhs candidates who appeared the exam that year, if God could take me to the second position, He could have very well prevented the misdeed and taken me to the top. If He didn’t, it was for a purpose known best to Him. So, no need for any enquiry.

And thus, I missed out on a Gold Medal!

What came to my mind as a 17-year old then was – Did I do something wrong because of which God kept back this blessing from me? I did some soul-searching, because after all, as children we are taught that God punishes us for our wrongs. But, then God reminded me a verse from Psalm – “If you, LORD, kept a record of sins, Lord, who could stand?” And then another verse – “as far as the east is from the west, so far has he removed our transgressions from us.” Both these verses together spoke to me loud and clear that time.

While there is a human consequence for every wrong action, God does does not deal with us as our wrongdoings deserve. Had He been dealing with us as our actions deserve, none of us would have survived. Sin is so grossly disagreeable with God! Rather, God deals with us with immense patience and grace, teaching us to depend on Him and trust Him for everything against all odds.

I was waiting for my Graduation result. The result was declared. I had topped the University in my subject. I was thrilled. But, here too there was a dampener! My University awarded Gold Medals only to few subjects which had sponsorship. My subject was not on the list.

Yet again, lost the opportunity to be awarded a Gold Medal . . . this time, even after being the University topper!!

I completed my Post Graduation. The examination was tough, but had gone well for me. I was the only one in my department to have done an empirical research as my Dissertation, while all others in my batch had done Review work. My work was appreciated by the external examiner and has been published in a national journal (http://medind.nic.in/jak/t09/s1/jakt09s1p40.pdf). Everyone knew that I would be the highest scorer that year. But when the result came out, I was devastated to know that I was in the second position and my friend whom I had helped a lot during the preparation phase, was  the topper. That day, I broke down! I just couldn’t believe it. It was next to impossible.

Years later, I got to know the inside story. A tiff between two of my Professors had led to one of them reducing my marks even after the result was finalized.

Lost a final opportunity to get a Gold Medal!

That is when God comforted me by reminding the verse from the Bible from the book of Revelation that speaks about Heaven – “Each of the twelve gates was a solid pearl. The streets of the city were made of pure gold, clear as crystal.” I told myself, that accomplishments in this world would last for a while. Each year there would be some new person who would be awarded a medal . . . and my name would soon get replaced with someone else’s. Moreover, I would leave behind the accolades when I die. So, what is it to crib and cry if I didn’t get to wear a Gold Medal around my neck! I was joyful in praising God for His bountiful mercies . . . as He made me realize these precious truths.

Dear reader, you may have lost something very precious in your life – something/someone that is irreplaceable. Don’t be dejected. God is in complete control of your life. It may not make sense now perhaps, as you count your losses. But, if you believe in the assurance of His control, His peace will reign over your heart, as was in my case.