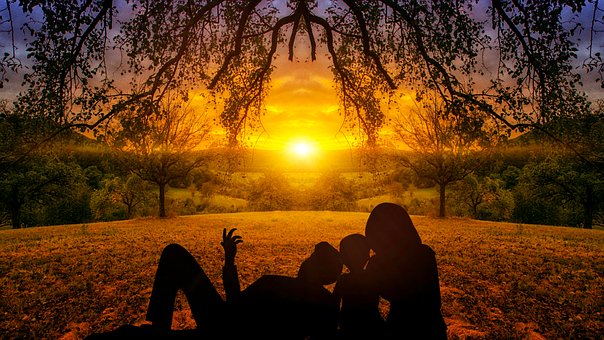 “Samar, are you alright buddy? You look lost!” asked one of his colleague. Samar was startled. Samar told him that he was fine and then he went out to have some coffee. He took a sip of his ordered coffee and drifted back to his world of thoughts and emotions. He felt all jittery, after he had sent the flowers and the card. He couldn’t help thinking about the reactions of his mother, his step-father and Sagar, only if they told him. He didn’t know what the answer to the question he had asked was. He was desperate to know. He thought about all aspects of how the present conditions might be. Along with each kind of situation, there was a different emotion associated. He could feel all of them. He wanted this to stop for some time. He wanted a little peace, a little sleep and finish a little undone work. Although his logical brain was finding his emotional heart illogical, it had given up for the moment. His heart was in total control of his body.

Once he thought, ” May be they have adjusted to the fact that, they now have to live without me. They understood my decision at that point and have moved on. They are the authentic family after all and I was the odd one out there. Of course, I moving out was the greatest plan. I hope I did bring them together and have left them with times to cherish.” His heart had mixed feelings for this thought. A little happy, a little proud, a little satisfied and a little sad. “I hope, Sagar has a good career and is into something creative. I hope he is still a good student as he was before. I want to see him very successful when we meet, if we meet.” He said to himself. He also thought, ” Might be everything is not so good. Might be leaving Sagar behind all alone, at that point, wasn’t such a good idea. What if he did something very bad after I left, fearing our parents’ wrath? ‘OUR’; he thought and then corrected himself, ‘HIS, his parents’.” He felt troubled thinking about it. Sagar still was his life. He couldn’t think about Sagar being harmed in any way.

“What if?” he thought,  “Are they in good health? Are they able to take care of themselves? Are they living a happy life?” The deep pain forced him to stop thinking more about it. He just wanted to see them all and hoped they were fine. He prayed, “God, please, keep them all safe and sound. Give them all a very long life. I really want to see them happy together. Smiling and enjoying time with each other.” This thought troubled him so much that he continuously chanted the prayer. He took another sip of his coffee, which was now ice cold. How is it so cold? Hadn’t I ordered it 5 minutes ago? He looked at his watch. To his horror, he was sitting there for almost 20 minutes now, lost in his thought world. He then, finished his coffee and hurried to his desk to complete his pending works. He had so much to be done and yet was able to do nothing. “Coming to office, isn’t working for me today, I should have taken a leave. I should sleep more. I am not able to concentrate and I have a lots to do for this financial year. How will I reach my target? If I am not efficient, I won’t be a good example either. I really need to focus. I can go home and think about them with ease”, he tried hard to divert himself. Diversion did work for almost the whole of 5 minutes. He had almost reached his thought bubble, when another thought struck him. “What if I could just get my mother’s phone number?”

This idea gave him those ticklish butterflies. He started searching for it, in all ways possible. He asked the persons who told him about his parent’s whereabouts, if they had their numbers. He searched online, many sites, social sites, but it wasn’t there anywhere. He tried to search for official sites, if he could find just anything. In the end, he found a landline number. He quickly fed the number in his mobile as he wanted to save it. He instantly wrote ‘HOME’, and then stared at it, painfully. He erased it and wrote ‘SAGAR’S HOME’. He went out again, staring at his mobile phone, thinking hard to dial it or not. He said to himself, “I won’t talk if anyone answers it, or I will say it’s a wrong number or will call as a sales executive, or something. I just want to hear their voice. Any one of them.”

Quote of the day