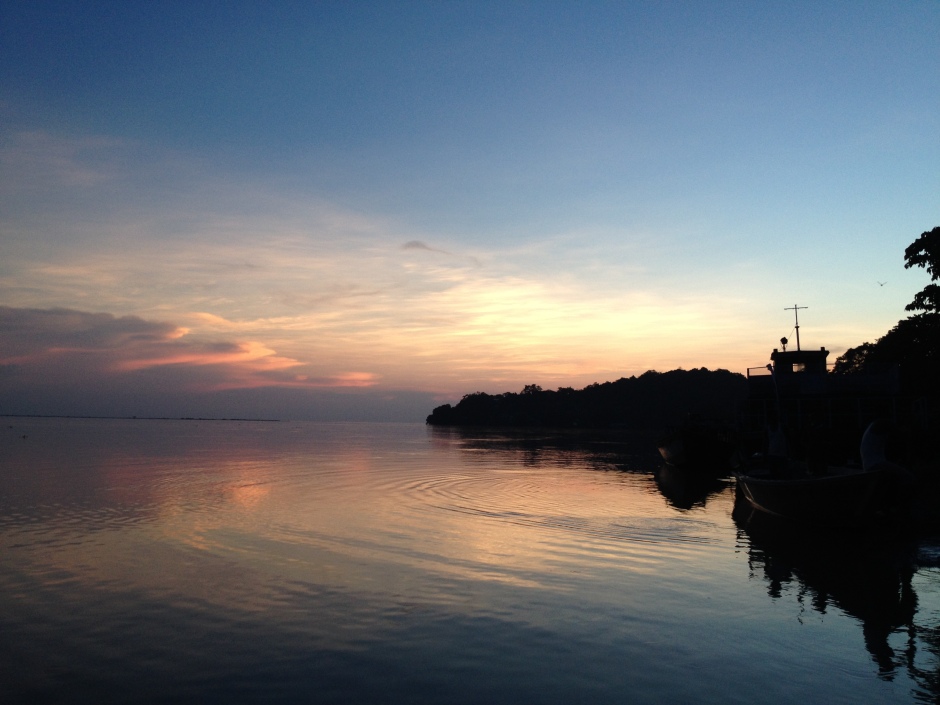 It had been an uncertain time for Ryan. Life was in a state of flux. As he was in a new job, a new place, and a new set of people he was anxious. The tension of the situation got to him and he had a tiff with his dad.

He stormed out of his room and just followed the path not bothering about the directions. The sultry day had started to grow mild.  A light breeze greeted him, blowing through his unkempt hair. It was late evening and sunset approached. His thoughts kept oscillating between the past and present. May be he was over thinking, after all change was natural.

He passed by a few ducks and swans enjoying their swim in a pond as the light faded away carrying away the heat.  He saw another pond as he walked further.  His breathing grew slower and he felt calmer as he saw the reddish- orange hues of the sky. The floating leaves and the chirping birds talked to him.

Ryan was much more relaxed now and the moment he had stormed out of his room felt like a distant memory. His mind out from the worries was completely in the present now.  He saw groups of people walking south and followed them.  The mighty Brahmaputra welcomed him to a soul-uplifting sunset. The breeze felt stronger here. He stretched to see the sun as it disappeared behind the hillocks.

The frustration within him had subsided and a smile broke on his face. He sat by the river, letting the breeze soothe him, letting the scenery sink in and do its magic.  Perhaps he had found his perfect sunset. He was ready and rejuvenated to face a new day.

2 thoughts on “FINDING A PERFECT SUNSET”