After a week long discussion on Women Abuses and Empowerment, I want to end the week by talking about men too. I want to say just one thing – Stand up for equality of genders. I am a strong Feminist who believes in empowerment of individuals (not just women). Yes women need it more in today’s world but a lot of men need it too.

Feminism and women empowerment is the buzz in India, everybody seems to have an opinion about it and they are either for it or against it. Funny thing is that everybody seems to have his/her own definition of the word “feminism”. Some people rightly define it as equality of genders others seem to complain about it, some others are trying to cover up their wrong intentions under the umbrella of Feminism. And there are both men and women doing all these things.

It has become common to see that somebody comes up with “women empowerment” video that goes viral in a couple of days and then there are series of spoofs and videos from men in response to that viral video. It happened with the video of the stand-up comedian named “Rape public” on republic day and then again on Vogue’s video of “My Choice”. I strongly feel that everybody is trying to get their own intention met through these videos released under “Women empowerment”. It does absolutely nothing to empower anybody only publicizes individuals, magazines, groups and organizations. Any publicity is good publicity – hence mission accomplished.

And of course how can I not mention the international controversy over “India’s daughter”. I never heard anybody say anything in favor of the rapist or his lawyers. Everybody (that I spoke to) seem to be angry over what was done to Jyoti Singh and that there were people who justified the whole crime. But the controversy over whether to ban the video or not makes me feel that we totally lost the point. I agree “to ban or not to ban” was a debatable issue, but seriously as Indians aren’t we supposed to take responsibility of how some men living among us think about the other gender? Aren’t we supposed to think of solutions to get this dirty mentality out of our system? But we got too busy debating over our international image being ruined.

I come across various blogs where men are complaining about the privileges women get in our country and how some of them are misusing it. A lot of women are definitely misusing the power given to them under the umbrella of “women empowerment”. There are false dowry cases, false cases of domestic violence, false cases of eve teasing and cases of promise to marry rape etc. which result in men being the victim.

There are people who take things in right intention, take responsibility of the power given to them and respect the power given to others. And there are other set of people who are in a habit of misusing their powers and usually have the intention of making other’s lives miserable. These people belong to all the genders. It would be wrong to generalize one particular characteristic to the entire community of genders.

There are men who stand strongly for women rights and take a stand for women in their lives and outside of their lives. I know men who have helped women in eve teasing situation, I know men who have supported women while she faced discrimination in the corporate world. I know men who have stood against his own parents to support his wife. And when I hear people say “All men are dogs”; I am outraged because I know my father, brother, husband, some male colleagues and friends are the best people in my life and I love them wholeheartedly.

This whole feminist cloud that is hovering over all of us is only instilling more fear and revenge inside people. And trust factor is going down day after day. This is definitely a war, but it not a war of male vs female; it is war of people believing in equality of gender vs. people who do not believe in equality of genders (this includes men who think women are good for nothing and women who think they can misuse the law to get their personal grudges satisfied).

Come on people, wake up. There are real issues that need to be worked on. Whether it is case of domestic violence where wife is struggling to survive or a case of husband struggling in jail due to a false dowry case – this is where our attention should be. 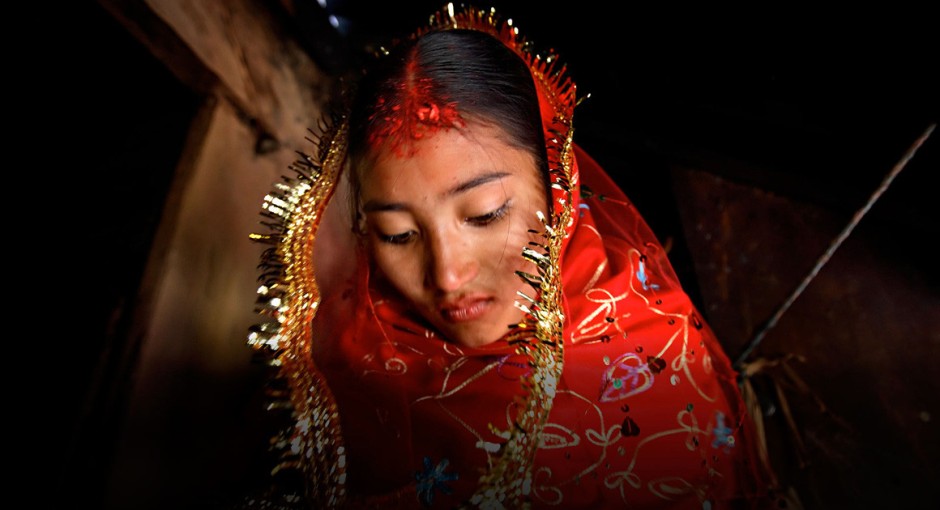 I experienced a flavor of Child Marriage when I was teaching a bunch of kids as part of a volunteer’s team at my workplace. It was a college going girl not yet 18 years of age who was getting married. She was my student and quite a bright one.

I remember my conversations with her.

“What to do, ma’am? My parents are forcing me. He comes from a good family.”

“He is also earning well. My parents say that he will keep me happy. I think so too.”

In all my conversations with her, all I could feel was that she was brainwashed to believe that this is supposed to be best that she can get. We tried getting in touch with her parents, trying to explain them why she needs to complete her education first and be independent first. But all in vain! She got married at 16 and I never heard from her again.

She did not get the wings to fly, a single chance to explore and build her own identity. Why? Because the guy is earning well and comes from a good family. Is that enough?

I was 22 when my parents started a groom search for me. And every time they found a guy who was earning well and comes from a good family – I would be haunted by it. I was quite over the permissible age of marriage and hence cannot really compare it with the child marriage but I was quite a child, not as mature to really know what marriage means and what companionship really is. I could have been easily molded into whatever my husband and his family wanted. I could have never been a person with my own opinions and aspirations. Eventually, I got married at 25 to the guy I loved and I still think that it was early.

Well, coming back to child marriage. I cannot imagine what a 15 year old girl would go through when she is married off to a guy who comes from a good family and is earning well. With a minimum level of education – she is totally at the will of her husband and his family. They can keep her happy like the queen of the house or they can make her a servant who is never paid. Either ways, it is a loss for her because it is not as per her own wish. Where was she given a chance to explore her own thoughts and build her identity on them?

I get shivers when I think how would she take off her clothes and be intimate with a man she hardly knows. To what levels she would have to surrender herself for the sake of her survival? Physically, financially, mentally and socially; in every aspect of her life she would only have to survive on her husband. What a pity? Why do we have to do this to our daughters?

Empowered individuals create empowered societies and cities and nations and world. Subjugating half the population of the world in the name gender is only going to pull the whole world down.