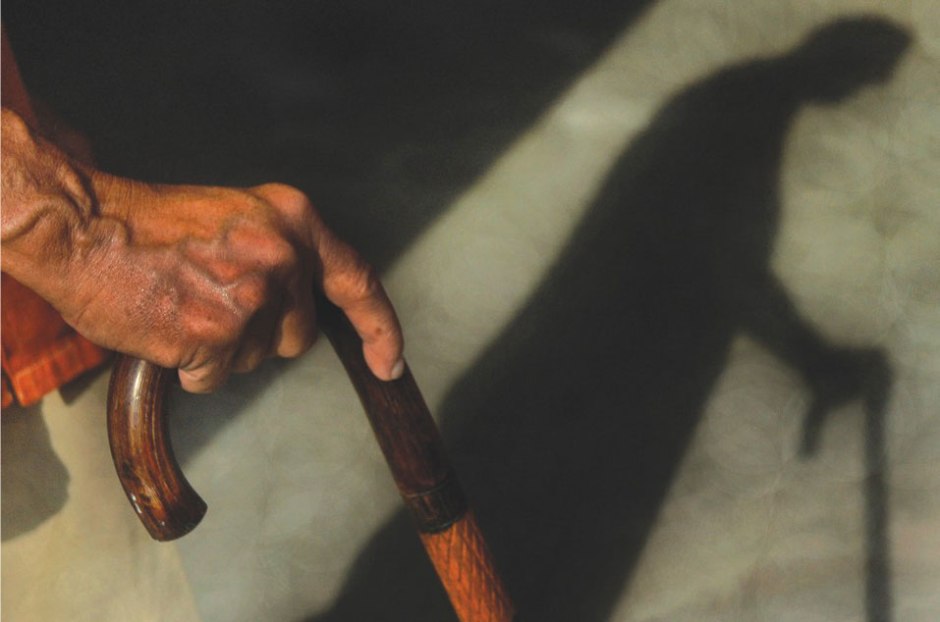 It was a scorching sunny day, an unavoidable journey, the Indian Railways, and my only respite was a confirmed ticket. That day, like my many journeys, my iPod kept me busy, closed eyes, ear plugs in ears, and I entered some dreamland, but I was brought back to reality by a skinny, baggy eyed old man, as he touched my feet. I looked at him perplexed and he asked if he can sit on my berth a while. “Fine” I said half heartedly and after few minutes he asked “can my wife sit too ? Just for a while please.” Greedy old man I thought, but in that moment I didn’t see a retired postmaster in him, or a helpless father who invested all his life to raise his sons, giving them good education, care and in return all he got was abuses and cruelty during his time of need. None of his sons had a room in their house for the old couple, but they gleefully or rather forcefully snatched the little leftovers they had left to them. Poor him, he had to leave his hometown, living elsewhere on his little pension and the small chapati center the couple ran.

Open your eyes and you will find many such stories around you. Towards the fag-end of their lives, they will be dependent on their kids, but owing to multiple reasons, the elderly are either abused, neglected or abandoned and dumped in old age homes. Old age homes are no solutions as there they are deprived from the love, affection and emotional bonds that are formed with blood relatives.

Our film industry, poets, writers, lyricist have tried to send out this message numerous times, the greatest showman of Indian cinema, Mr Raj Kapoor, had shown this in a film named “ Kal Aaj  Aur Kal”, where he had portrayed this point very well, that today’s youth is tomorrow’s heritage. The legendary actor, Mr Amitabh Bachchan did film like “Baghban”, where he played the role of a helpless father who was forced to part ways with his wife in the dusk of their lives, bringing our hearts in our throats. Superstar Rajesh Khanna too, did movies like “Amrit” and “Avtaar” on this very subject. We watch these  movies, appreciate the sentiments, but back at home, our behaviour to our elders won’t change one bit. I am reminded of a song by Mukesh,

In four short lines, he told the story of each and everyone on this Earth !

Government of India brought Maintenance and Welfare of Parents and Senior citizens Act in 2007 making children or grand children to maintain his or her parent, failing to do so, can be punishable with 3 months imprisonment, but how many parents will come forward to lodge a complaint against their own offspring ? Certainly not the old man whom I met in train. When asked, his reply was “they are my sons and I can’t see them suffer”. Forget the Act, how many of us respect by giving the reserved seats to senior citizens in buses? A question that I asked myself as well. The reason we are in this world and alive all this while is our parents, it’s with their help we took our first steps. Now when their knees are weak, let us be their walking stick and give them some room in our hearts and homes. Let’s not just say “Matru Devo Bhava – Pitru Devo Bhava” but let us be humans again, giving them the love they deserve, making them smile, driving their loneliness, depression away and making their second innings a fruitful one.

5 thoughts on “WARMTH OF THE WRINKLED OLD HAND”