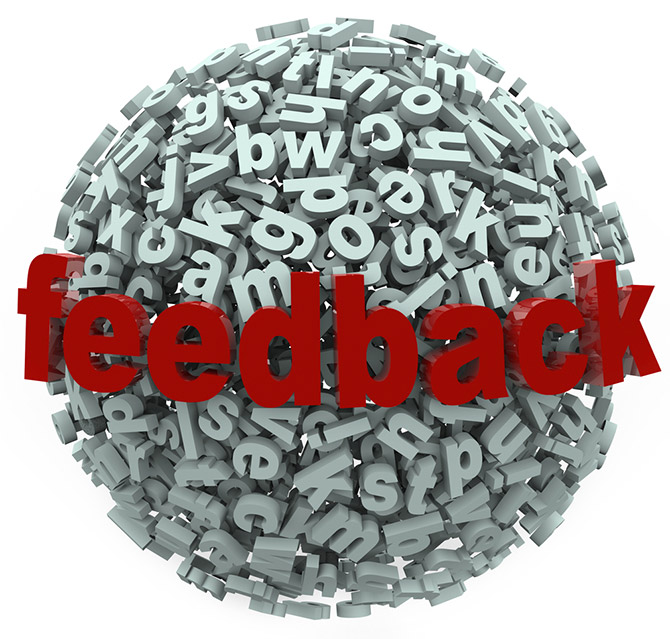 We had a good week discussing on the topic, “Factual Feedback.” My co-writers have left nothing for me to write this time for final notes apart from few catchy sentences that drew my attentions which can be useful for the spouses in a marital bond. They were as follows:

Prabhjot: How important are feedbacks in our lives? Most of us don’t even realize that only if we could give feedback in the right way and listen to it in a right way – most of our conflicts would be resolved right there.

I know how sometimes we both fight and argue on different aspects of life as couple. Understanding the  importance of giving proper feedback and listening in a right way can really help couples to resolve conflicts easily.

Aastha: Cultivate the habit of asking and giving feedback. When we do this as elders, kids would automatically learn the importance of giving feedback and proactively asking for one.

Kalpana: A person with self respect would never take feedback as an insult to his or her intelligence but would seek it for self betterment.  But ego would always search for negativity.

Both Aastha and Kalpana’s statements made me think about bending down a bit, leaving the ego if we cultivate a habit of giving and asking for feedback then life will be simpler for the couple as well as anybody those who are in some kind of relationships.

Saakhsi: Feedback needs to be circumstantial at times, the purpose of feedback is to let other person improve, to help him/her, to guide him/her. It should never be done with brutal honesty, sometimes a little dishonestly too, helps a child to improve and get better.

Even sometimes as Saakhsi said I think it is always better for the spouses to modify the way they give their opinions about each other. Love modifies it well.

Avinash: Feedback can feed you back the way you consider them.

So many times I suffered for being misunderstood by the reader or receiver of my SMS. I am a bit straight forward sometimes and people have misunderstood my too straight statements.

Let’s practice it daily to give good feedback and receive feedback from others positively instead of thinking otherwise keeping the pride as a blockade.